Share
Summary : Takeda Riken, the antecedent to Advantest, was hardly known outside Japan in 1980 and by 1985 it was driving the VLSI or Very Large Scale Integration ATE market as the largest company at the time fell back. Growth of almost ~5x in 5 years through 1985 was proof of this. 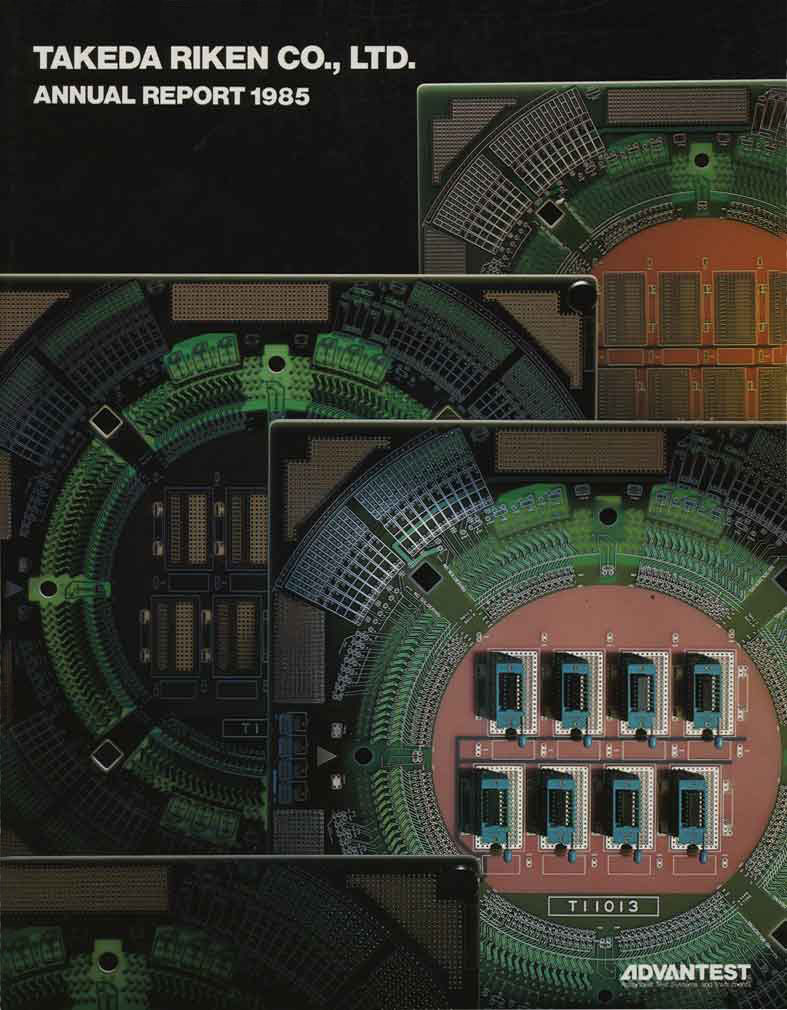 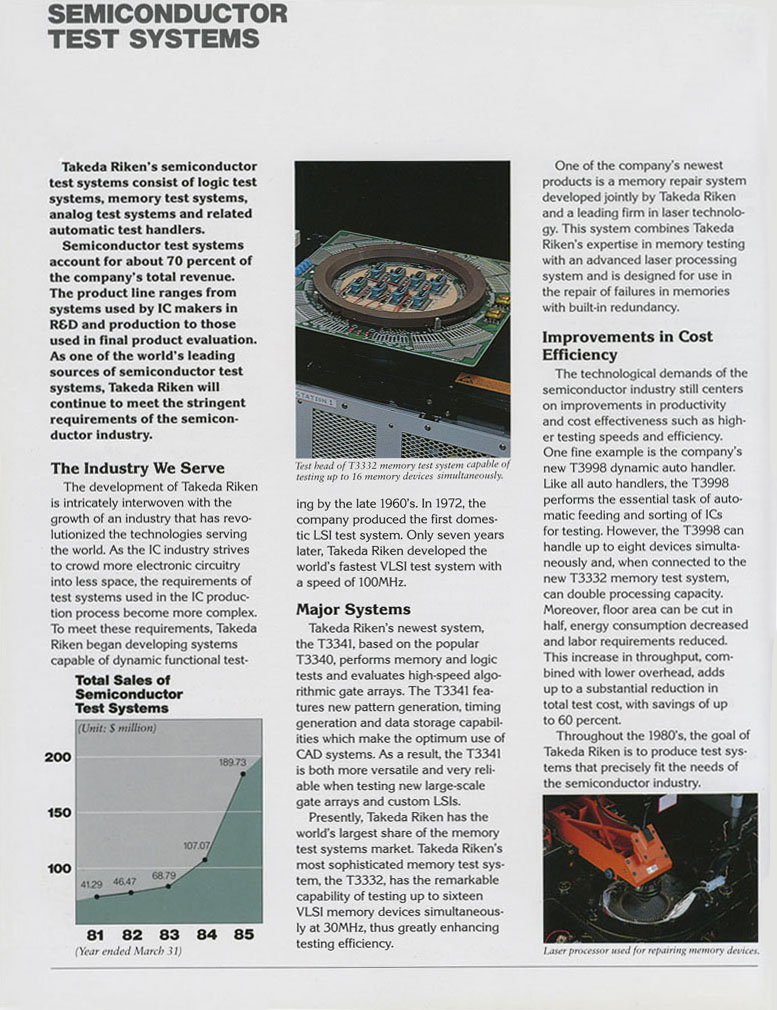 Here's an excerpt from the 1985 Annual Report:
The development of Takeda Riken is intricately interwoven with the growth of an industry that has revolutionized the technologies serving the world. As the IC industry strives to crowd more electronic circuitry into less space, the requirements of test systems used in the IC production process become more complex. To meet these requirements. Takeda Riken began developing systems capable of dynamic functional testing by the late 1960's. In 1972, the company produced the first domestic LSI test system. Only seven years later. Takeda Riken developed the world's fastest VLSI test system with a speed of 100MHz.

Takeda Riken’s newest system, the T3341, based on the popular T3340. performs memory and logic tests and evaluates high-speed algorithmic gate arrays. The T3341 features new pattern generation, timing generation and data storage capabilities which make the optimum use of CAD systems. As a result, the T3341 is both more versatile and very reliable when testing new large-scale gate arrays and custom LSIs.
Presently. Takeda Riken has the world’s largest share of the memory test systems market Takeda Riken’s most sophisticated memory test system. the T3332. has the remarkable capability of testing up to sixteen VLSI memory devices simultaneously at 30MHz. thus greatly enhancing testing efficiency.

The use of microcomputers incorporating LSI's has brought about rapid advance in measuring instruments technology. This area of technology is referred to as "Intelligent Measurement

Advantest: What made it ...

Toshio Maruyama reflects on the history and future of Advantest and its role in ...

Toshio Maruyama reflects on the history and future of Advantest and its role in semiconductor ATE. ... See more

Advantest turned 50 on July 1, 2004. It was a milestone for one of Japan's greatest tech companies. This documents that history from the company's first product, the Micro Ammeter, through it's release of its g ... See more

Takeda Riken, the antecedent to Advantest, built it's brand on Semiconductor ATE ...

Takeda Riken, the antecedent to Advantest, built it's brand on Semiconductor ATE reliability levels not seen previously outside of Japan ... See more

The AMI Model 2100 is an excellent representative of Second Optical Inspection s ...

The AMI Model 2100 is an excellent representative of Second Optical Inspection systems, or 2nd Op, as they were called. ... See more